AutoX Expands its Largest Robotaxi Operations Zone to over 1000 km²


AutoX now operates the largest autonomous driving area across 1,000 square kilometers, including a 168-square-kilometer fully driverless zone. AutoX RoboTaxis are able to navigate all the public roads inside the 1,000 square kilometer area. We have become the first to enable RoboTaxi to cover the majority of a major city in Asia. 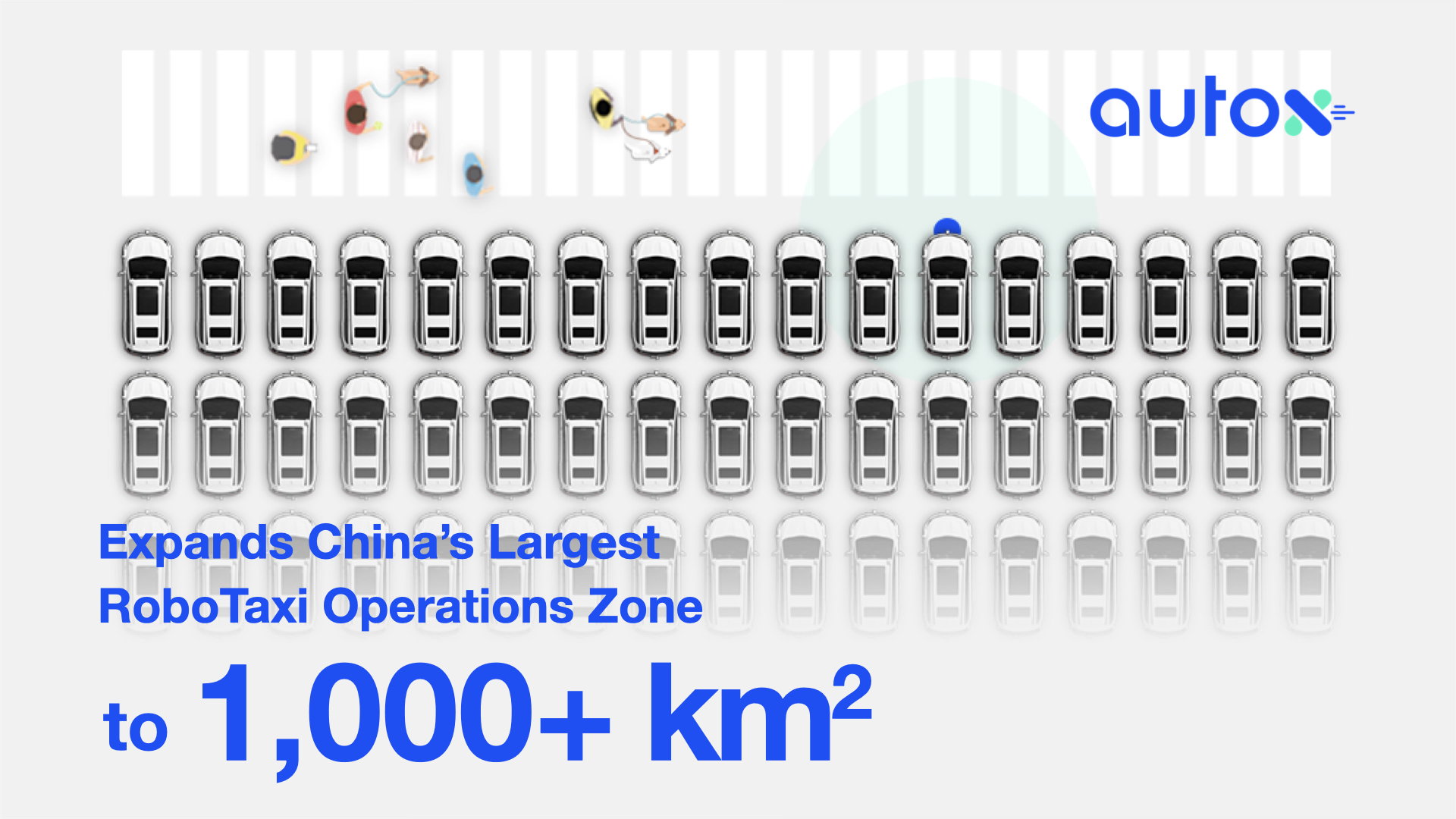 Expanding the total autonomous driving area to over 1,000 square kilometers is an important step towards making the RoboTaxi service a reality in the daily lives of people. Top-tier cities in Asia, including Shenzhen, Beijing, Shanghai, and Guangzhou, are large in terms of area. To be able to achieve the status of a real service in these metropolitan cities, the autonomous driving area needs to cover the majority of a city to be truly useful for RoboTaxi riders.

Instead of operating on just a few fixed routes and stations, AutoX covers all the public roads within its RoboTaxi service area, including all the smaller and more congested streets, main streets, and highways. This is another prerequisite for a useful and practical RoboTaxi service.

With this announcement, AutoX has released a new video of its fully autonomous RoboTaxi navigating the expanded service area – swiftly driving fully autonomously through the commercial center and highways of Shenzhen and finally arriving at the Shenzhen international airport, for a total of almost six hours without any disengagement.

In the day-to-night video, the autonomous ride starts without a safety driver in the vehicle and navigates through the busiest commercial districts of Shenzhen (the Central Business District) during peak rush hour. When the RoboTaxi exits the fully driverless zone, a safety driver gets into the driver’s seat as required by local policies. Throughout the video, the RoboTaxi remains in fully autonomous mode.

Service areas for RoboTaxis, often dubbed Objective Design Domain or "ODD" by the industry, are zones where RoboTaxis can safely provide service. AutoX’s RoboTaxis operate day and night, through rain or fog, and on all public roads in Shenzhen’s 1,000 square kilometers service area.