AutoX today officially kicked off the production of its latest Gen5 system for fully driverless RoboTaxis.

The AutoX Gen5 was launched at the Crowne Plaza Shanghai Anting today when AutoX founder and CEO, Dr. Jianxiong Xiao (a.k.a. Professor X), unveiled the technology behind the Gen5 system. 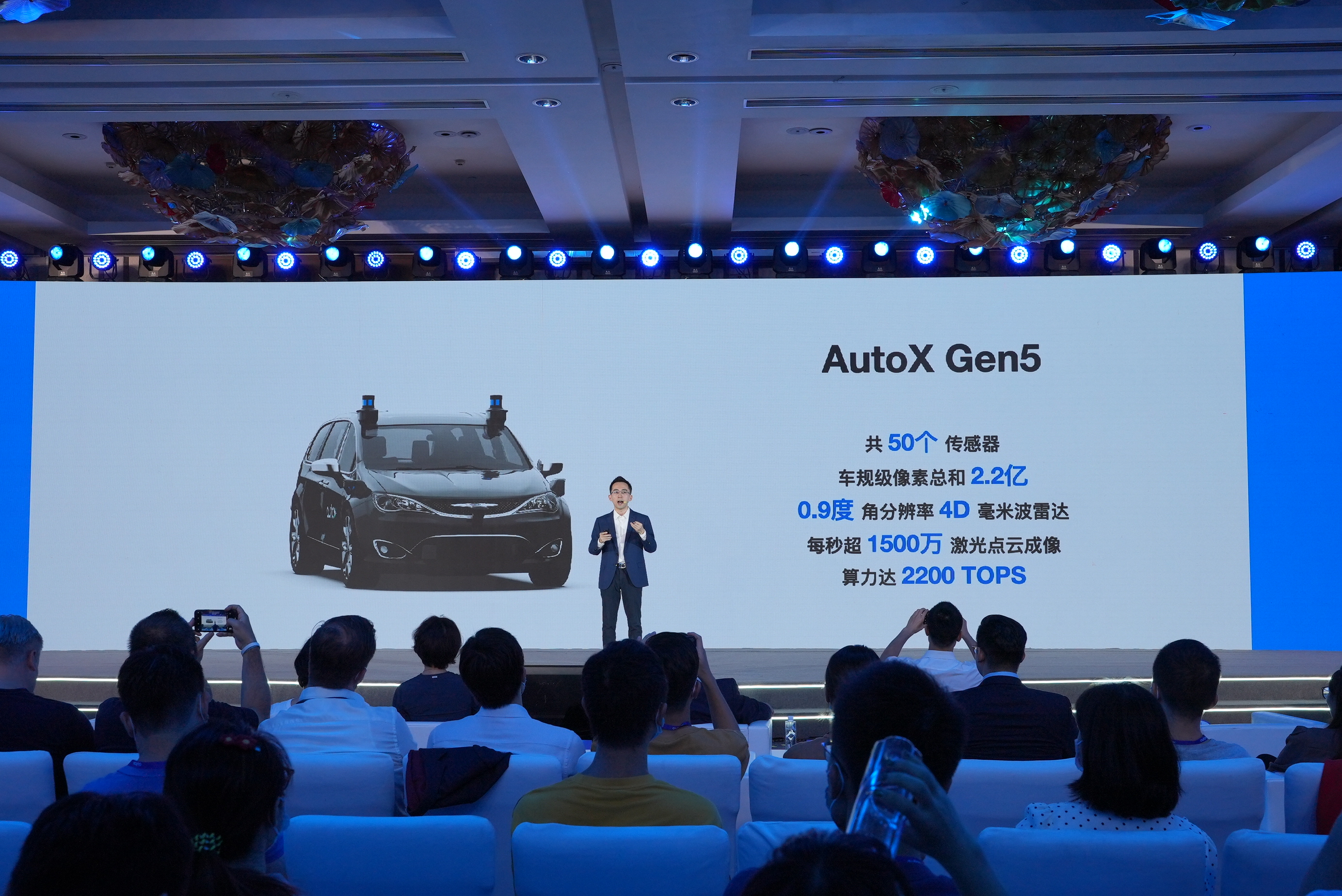 The Gen5 system has 50 sensors in total, as well as a vehicle control unit of 2200 TOPS computing power. There are 28 cameras capturing a total of 220 million pixels per second, six high resolution LiDAR offering 15 million points per second, and 4D RADAR with 0.9-degree resolution encompassing 360 degrees around the vehicle. Using camera and LiDAR fusion perception blind spot modules, the Gen5 system covers the entire RoboTaxi body with zero blind spots.

In January, AutoX launched the first fully driverless RoboTaxi service to offer rides to the general public without accompanying safety drivers. After six full months of operation with a perfect safety record, the company is moving forward with the production of its Gen5 system to expand its RoboTaxi fleet.

“Safety is our number one priority and it has to be built on a reliable foundation. Gen5 was created for fully driverless RoboTaxis in urban cities and is designed for the safety of our users and everyone on the road,” said Dr. Xiao.