AutoX Puts Fully Driverless RoboTaxis on the Roads in China

This is the first time that a fleet without accompanying safety drivers or remote operators has been deployed in China.


AutoX has rolled out fully driverless RoboTaxis on the roads of downtown Shenzhen, marking the first time a completely autonomous fleet without accompanying safety drivers or remote operators is deployed in China. The leading autonomous driving technology company has been conducting driverless stress tests in the Tier 1 city – which has the highest population density in China – for the past half a year. A video has also been released to share how the vehicles navigate around downtown Shenzhen.

In the video, the fully driverless AutoX RoboTaxi deftly maneuvers around illegally parked vehicles and loading trucks on the road, yields to pedestrians and scooters, handles construction sites, and makes an unprotected U-turn – all 100% executed by the company's full-stack AutoX Driver platform without any remote operation or human assistance.

AutoX has been testing 25 driverless RoboTaxis in Shenzhen this year, with five more vehicles testing in other cities around the world.

AutoX’s driverless RoboTaxis are equipped with the company’s newly released 5th generation system to support autonomous vehicle deployment in urban settings. This new generation is upgraded with more powerful sensing technology to handle the densest and most complex traffic scenarios such as when pedestrians, fast cyclists, and small pets interact at close range to the vehicle simultaneously.

The 5th generation sensing system fuses an array of ultra high-resolution cameras – designed in-house by AutoX – with two LiDAR sensors placed on both sides of the vehicles as well as advanced 4D RADAR sensors. It also has multiple blind spot sensing suites on all sides of the vehicle, in order to create multi-sensor fusion surround vision that can detect even small objects in blind spots.

With AutoX’s 5th generation system, this is the first hardware-ready, fully driverless RoboTaxi fleet on the streets in Asia. 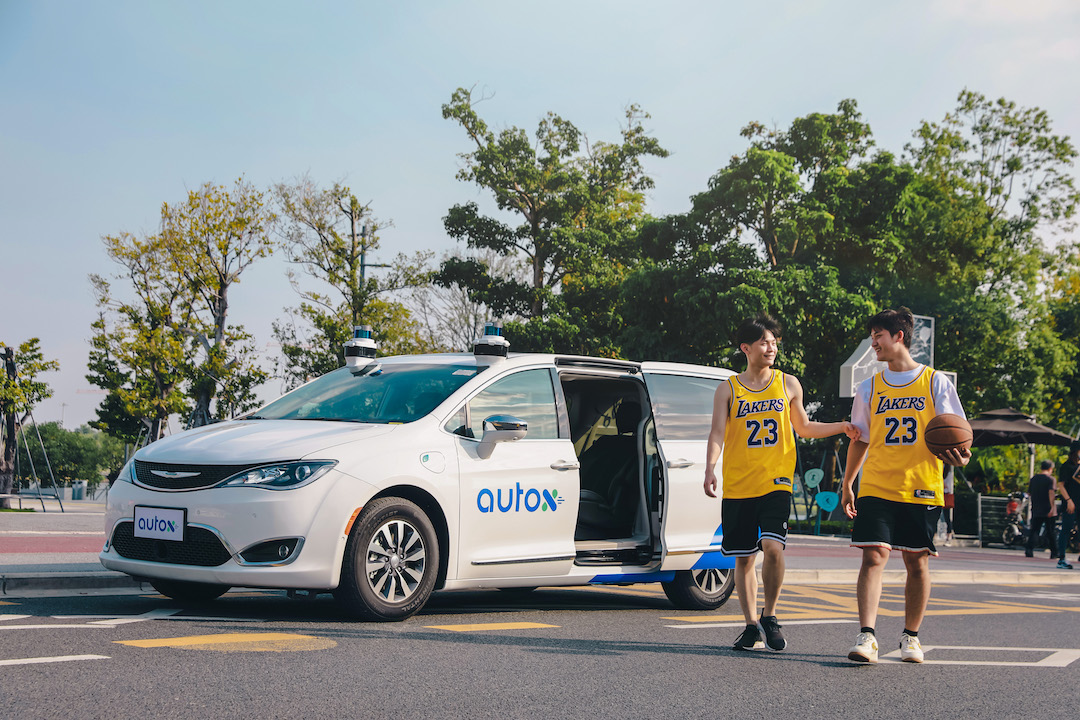 In July this year, AutoX was the third company to receive a Driverless Permit from the California Department of Motor Vehicles. This permit was also only the second in California to allow passenger vehicles to drive up to 45 miles per hour on the state’s public roads.

AutoX operates more than 100 RoboTaxis in the cities of Shanghai and Shenzhen. In August this year, the company opened its Shanghai RoboTaxi service to the general public. Shanghai passengers could use Alibaba's AutoNavi ride-hailing app (a.k.a. Amap, Gaode, or 高德) to hail an AutoX RoboTaxi ride.

In April this year, AutoX unveiled a RoboTaxi Operations Center in Shanghai, which now serves as the largest data hub for self-driving car data in Asia. AutoX has been accumulating significant miles of real road data from its RoboTaxi testing in Chinese cities with the highest population density and also in extremely challenging urban traffic conditions. AutoX’s RoboTaxi fleets interact with a much larger number of road users than in California, which helps the company to rapidly improve its driving capability.